Ham radio and hiking are two activities I enjoy, but do not practice nearly enough, with the last few years being virtually sedentary. However, due to the COVID-19 pandemic I temporarily changed my QTH, bringing me in arm’s length of quite a few SOTA summits, a number of them not activated so far.

With a newly found interest I chose the least difficult of the virgin summits nearby, which happened to be YO/MC-206. Just shy of 900m in altitude it barely towers the surrounding scenery, and is in fact very easy to reach.

Access to the summits starts from the outskirts of Poienarei. The village can be reached by either Uleni or Corbsori, the latter being my choice.

When exiting Poienarei towards Uleni, I took a left turn up a very steep street which brought me to the end of the tarmac. I abandoned the car here.

I followed this dirt road up to the summit. I exited the first clearing here and entered the next one here. Following the dirt road I reached a rather less than obvious fork, where I continued left. This put me on the final path towards the summit.

Reaching the summit was not quite obvious; it sits on the right side of the path, approximately 50-100m away, and is basically identified by the lack of any higher geography around you.

It can also be recognized by the presence of a red “H” marking as well as a very small (and easily missed) concrete milestone.

There is 4G service on the summit, so I could self spot.

I used a homemade 40m band inverted vee dipole antenna that I hung from a taller tree branch. There are a lot of guying opportunities on the summit, but note that the north face of the summit is quite steep and should be worked around. 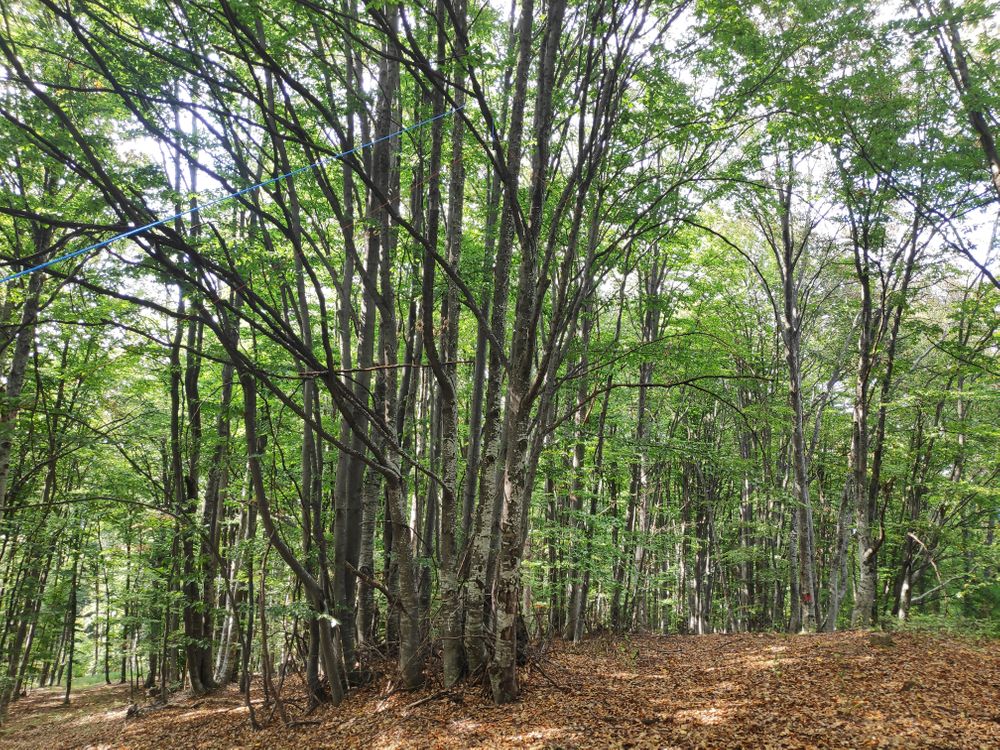 The ATU was useless for this trip, as the antenna resonated well enough through the 4:1 balun.

While the activation was a success, I learned quite a few things from the experience.

I underestimated weight. While it was by no means difficult, the weight was worse than I initially expected. I need to skip on a few optionals, like the large headphones which I did not use or the extra vertical antenna that I brought “just in case”. My whole kit was almost 11kg, while the essentials were about 8kg. That’s 3kg I carried uselessly.

I plan on working the following few summits at QRP levels (5W-10W), so I can gauge the usefulness of a QRP radio during solar minimums. If I am successful, I will buy one of either the Xiegu X5105, the Lab599 TX-500 or the tried and true (but pricey) Elecraft KX2. Moreover, I’m ordering the magic wire that apparently weighs next to nothing and can hold the average spanish ibex while transmitting at 1.5kW.

Secondly, I should have logged my experience with GPS tracking and photos, so as to make the article a bit more helpful for others. Blogging about it was more of an aftertought.

And last but not least, I forgot how many random noises the woods actually make - enough to mask the presence of a bear. While I did not have an encounter, I need to take some bear spray and an air horn with me next time.