NOTE: The current revision has an issue with the choice of RS232 line driver. The board will work only with TTL-level CAT ports.

Ham radio transceivers will interface with PCs or other equipment in two ways:

In order to avoid ground loops, galvanic isolation between the PC and transceiver is often implemented in an interface device, such as the Tigertronics SignaLink. This device is usually connected to the PC via USB and has an USB-to-UART driver (usually a FT232x chip) and a USB audio interface (usually a PCM29xx chip), both managed by an USB hub IC.

cat-a-hack is more aimed towards the hacker power-user, and does a few things differently:

Photo of a populated board: 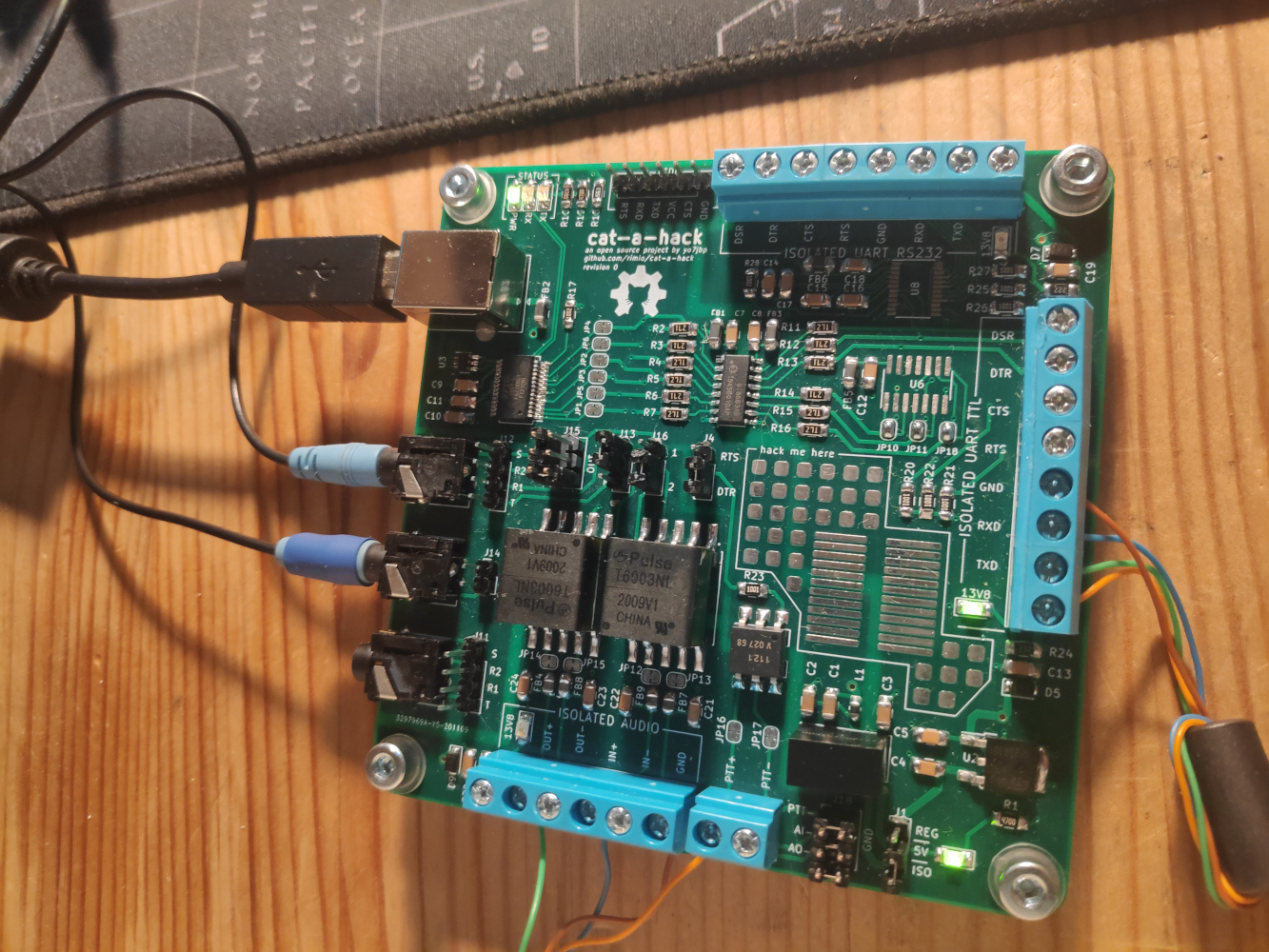 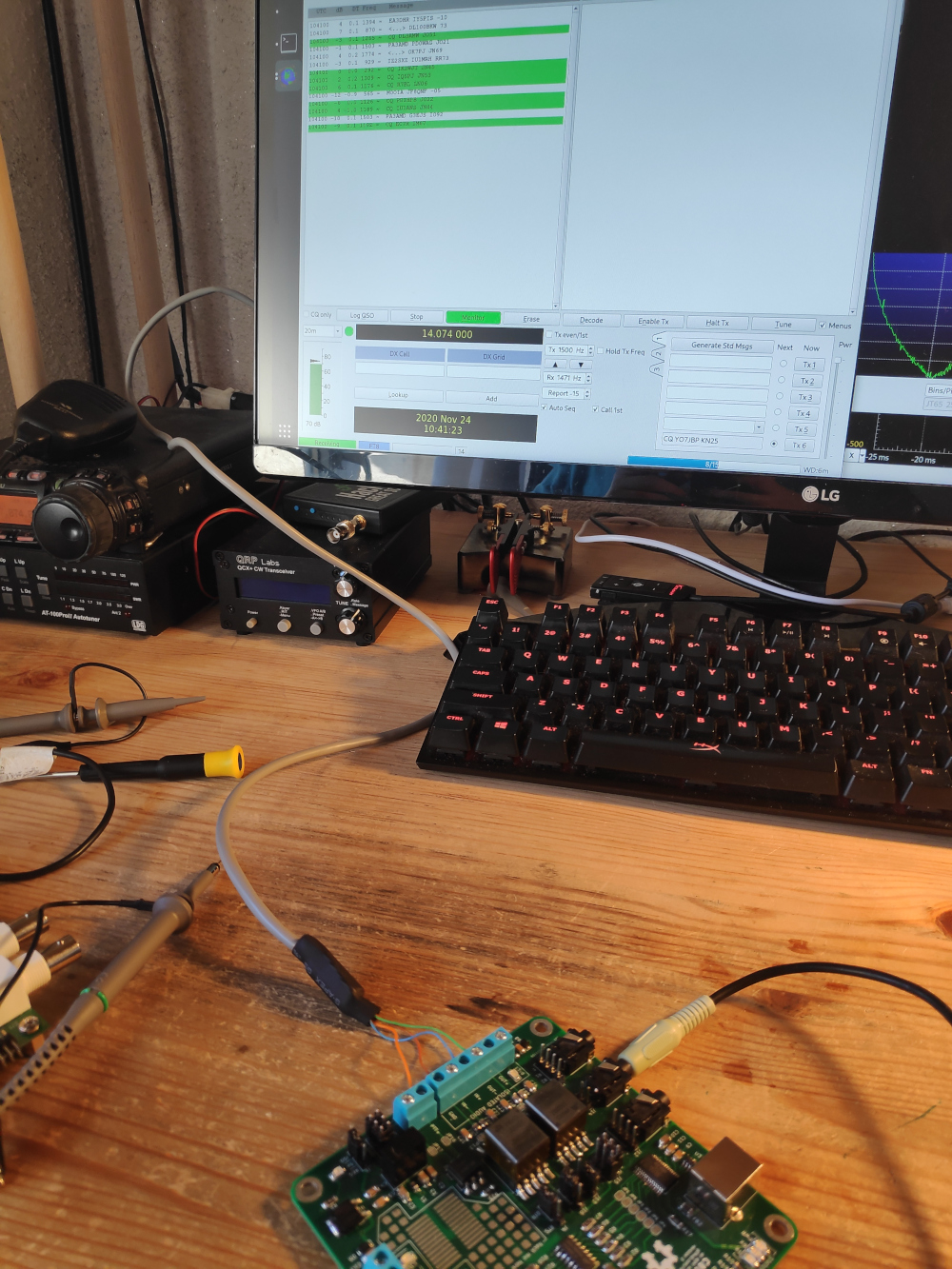